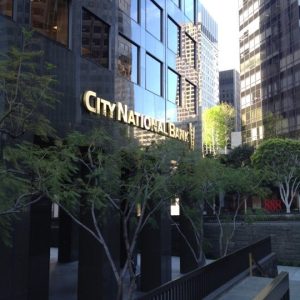 After finding that City National Bank (City National) engaged in a pattern or practice of lending discrimination by “redlining” in Los Angeles County, the Justice Department is ordering the bank to $31 million in relief to those impacted individuals and communities.

The agreement, which is part of the Department’s nationwide Combating Redlining Initiative launched by Attorney General Merrick B. Garland in October 2021, represents the largest redlining settlement in its history.

“Fifteen months after I vowed that the Justice Department would be aggressively stepping up our efforts to combat discriminatory practices in the housing market, we have today secured the largest redlining settlement in Department history,” said Attorney General Merrick B. Garland.

Added Assistant Attorney General Kristen Clarke of the Justice Department’s Civil Rights Division, “This settlement embodies Dr. Martin Luther King Jr.’s commitment to fighting economic injustice and ensuring that Black Americans and all communities of color are able to access the American dream and freely access the credit needed to purchase a home. This settlement should send a strong message to the financial industry that we expect lenders to serve all members of the community and that they will be held accountable when they fail to do so.”

“Redlining” is an illegal practice in which lenders avoid providing credit services to individuals living in communities of color because of the race, color, or national origin of the residents in those communities. The complaint filed in federal court alleges that from 2017 through at least 2020, City National avoided providing mortgage lending services to majority-Black and Hispanic neighborhoods in Los Angeles County and discouraged residents in these neighborhoods from obtaining mortgage loans.

The complaint also alleges that during that time period other banks received more than six times as many applications in majority-Black and Hispanic neighborhoods in Los Angeles County than City National each year. In addition, City National only opened one branch in a majority-Black and Hispanic neighborhood in the past 20 years, despite having opened or acquired 11 branches during that time period. And unlike at its branches in majority-white areas, City National did not assign any employee to generate mortgage loan applications at that branch.

“In the words of Dr. Martin Luther King Jr., the issue of fair housing is a ‘moral issue.’ Thus, ending redlining is a critical step to closing the widening gaps in homeownership and wealth, especially in a city as large and diverse as Los Angeles,” said U.S. Attorney Martin Estrada for the Central District of California. “It is unacceptable that redlining persists into the 21st century, and this case demonstrates our commitment to combat redlining and hold banks and others accountable when they engage in unlawful discrimination.”

Under the proposed order, City National Bank has agreed to Invest at least $29.5 million in a loan subsidy fund for residents of majority-Black and Hispanic neighborhoods in Los Angeles County; at least $500,000 for advertising and outreach targeted toward the residents of these neighborhoods; at least $500,000 for a consumer financial education program to help increase access to credit for residents; and at least $750,000 for development of community partnerships to provide services that increase access to residential mortgage credit.

Finally, City National has agreed to conduct a research-based market study, to help identify the needs for financial services for majority-Black and Hispanic census tracts within Los Angeles County.
Previous
Next
Share the Post:

The Clippers’ Paul George controls the ball as the Dallas Mavericks’ Reggie Bullock defends during the first half on Wednesday night at Crypto.com Arena. (Photo by Ronald Martinez/Getty Images) Dallas Mavericks guard Kyrie Irving, right, follows through after shooting as Clippers guard Terance Mann defends during the first half on END_OF_DOCUMENT_TOKEN_TO_BE_REPLACED

Swanson: Russell Westbrook a Clipper? Why not? Plenty of reasons

LOS ANGELES — Why not? That’s famously Russell Westbrook’s slogan, right? The genesis of it, he told USA Today once, came back during high school, when he and his friends “were just doing a lot of dumb stuff …” like, say, “‘Let’s run in the middle of the street.’ ‘Why END_OF_DOCUMENT_TOKEN_TO_BE_REPLACED