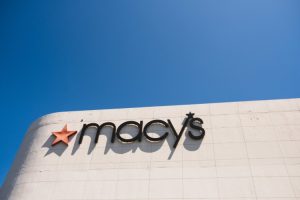 After a long protracted bidding war, the Baldwin Hills Crenshaw Mall was sold in 2021 to the Beverly Hills-based, Harridge Development Group and in the time since, residents have been anxious to see just what the next chapter of the mall—considered a historical cultural landmark for most Blacks— would look like.

The announced closure of the Baldwin Hills’ Macy’s will not help to allay those concerns. The 75-year old store has been one of the mall’s flagship retailers.

Activist/journalist Jazmyne Cannick dubbed the closing as “The End of An Era” in a recent op-ed.

“For quite some time now, I have watched the life slowly squeezed out of that mall. I think it started with the exodus of Walmart in 2016, followed by Sears just three years later,” Cannick wrote.

“There’s a lot of history and memories at that intersection that spans generations. Santa Barbara Plaza and the Baldwin Hills Crenshaw Plaza have been tied together from their beginnings. And now, with the departure of Macy’s, it’s only a matter of time before the mall completely flatlines.”

Macy’s announced in 2020 that they were going to close the store as part of a three-year plan to stabilize profitability, including the relocation of its headquarters from San Francisco to New York. The plan included the closures of its “least productive stores”.

Just last week, shots were fired inside the store as two suspects robbed the stores jewelry counter and gunfire rang out as they fled.

“We are taking the organization through significant structural change to lower costs, bring teams closer together and reduce duplicative work,” said Jeff Gennette, chairman and chief executive officer of Macy’s, Inc. “The changes we are making are deep and impact every area of the business, but they are necessary.

“Based on current macro-economic indicators and our proprietary credit card data, we believe the consumer will continue to be pressured in 2023.”

As part of the strategy, Macy’s announced that it would open new off-mall, small-format stores, but none have been scheduled to open in the L.A. area.

“We are grateful to have served our customers in the Baldwin Hills and Crenshaw communities during the past 75 years and look forward to continuing to do so at nearby Macy’s stores,” noted a Macy’s Spokesperson in a statement regarding the closure.

For those without cars, it is a matter of proximity, but for most community residents, the issue is a lot larger than convenience.

“I’m very saddened for the closure of a part of my growing up history in L.A,” said Sandi Hamilton, who grew up in the community and is a longtime resident. “It’s the first place my Mom took me to shop, so I have a lot of joyful memories. And it’s about more than convenience. I’m concerned about what happens next. We need to be clear on what’s happening. Is this a sign of another level of gentrification to come?”

Hamilton’s concern has been echoed throughout the community as word of the closing spread, particularly as there has been little to no communication from the mall owners of just what plans are in play for the community landmark.

A website featuring project updates was said to have been in the works when the Harridge Development Group purchased the mall nearly two years ago, but has not materialized.

LOS ANGELES — Two days after her 27th birthday, Azurá Stevens, happily signed a free agent contract with the new-look Sparks, with her eyes set on the biggest role of her WNBA career. Stevens, who is entering her sixth season in the league, is excited about playing for her new END_OF_DOCUMENT_TOKEN_TO_BE_REPLACED

From space race to flying taxis, this Anaheim company helps hold it all together

Anyone who has experienced turbulence aboard an airplane has likely looked out the window, wondering how the aircraft stays intact through the sometimes bone-rattling bumps. Tucked on a 15-acre complex in Anaheim’s industrial district is a company that helps to keep myriad plane parts from coming unglued. Solvay, a Brussels-based END_OF_DOCUMENT_TOKEN_TO_BE_REPLACED