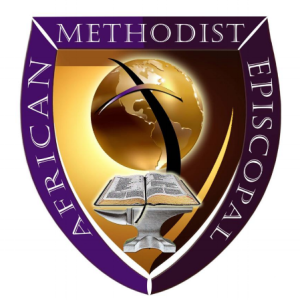 Both Ward AME and Grant AME will be getting new leadership as a result of the latest round of appointments made by Presiding Bishop Clement Fugh at the 98th annual meeting of the 5th Episcopal District’s Southern California Conference held last month in Los Angeles.

Pastor John Cager of Ward AME will be leaving his post at the church with his elevation to the post of pre- siding elder in the Midwest Annual Conference, which incorporates Missouri and Oklahoma.

Said Cager, “To the people of LA there’s nothing like the west coast. It has been a blessed opportunity, and I’m grateful for the training that has prepared me to bring a strong period of progressive activism and worship to the Midwest Annual Conference.”

Appointed as the new pastor of Ward in his stead was Barry Settle, who previously served at Allen AME in Riverside, but is “a son of Ward AME”.

In another notable move, Pastor James Arthur Rumph–senior pastor at Grant AME in Watts for the last nine years–has been moved to Second AME. Taking over as senior pastor of the storied church is Dr. Timothy Coston, who for the last eight years has shepherded Cain Memorial AME in Bakersfield.

Of his move to Los Angeles, Coston said, “I am looking forward to finding what I can do to help Grant be a bigger part of the community. I visited Watts for the first time recently and was impressed with the area and excited to have this opportunity.”

Rumph replaces Pastor Godfrey Patterson, who has been assigned to Allen Chapel Riverside. In other appointments made during the three-day conference, FAME Associate Pastor Judi Wortham was elected as Women in Ministry Coordinator.

Meanwhile, First African Methodist Episcopal Church of Los Angeles, best known as FAME, is celebrating 150 years of ministry, mission, and message. The year- long celebration will continue through May 2023 and include various events and activities to commemorate the oldest Black church established in the city of Los Angeles.

“We invite the community to join us as we honor our heritage and celebrate the blessings bestowed upon us here at FAME,” said Pastor “J’ Edgar Boyd, Senior Minister. “Our motto is first to serve, and we are proud to continue Biddy Mason’s vision and legacy as we have for the past 150 years.”

The celebration will include the “Our Heritage in Sacred Music” Concert, on Saturday, November 12th featuring the FAME Freedom Mass Choir as well as gospel artists. KJLH personality, Aundrae Russell, will serve as Master of Ceremonies, along with actress Jackie Houston-McNeal. On December 2nd, the church will host its 10th Annual FAME College Scholarship Fundraiser Golf Tournament and Banquet at Lakewood Golf Course.