Shining a Light on Organized Hate Groups in Southern California 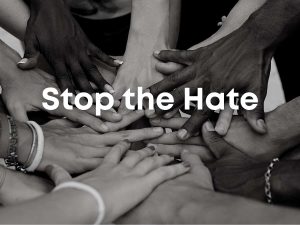 When the husband of House Speaker and California’s own Nancy Pelosi was recently attacked and severely beaten with a hammer, it was reported the assailant David DePape had a reputation for posting racist remarks online, including content that questioned the results of the 2020 election, defending former President Donald Trump, and echoes of QAnon conspiracies.

This attack–along with others like the 2020 murder of George Floyd and the January 6 Capitol attack–are what organized hate groups use as a basis to fuel the steady stream of threats, violence, terror, vandalism, and even murder they hope will propel their agenda for power, dominance and even infiltration in high-level government office as was the case in some of the most controversial mid-term races.

As of 2021, a reported 65 organized hate groups were tracked in California by the Southern Poverty Law Center (SPLC). Groups like the Proud Boys, AC Skins, Great Millstone, Folk Front, American Freedom Party, and Californians for Population Stabilization are among the more prominent across the state being monitored by the SPLC.

“Enough is enough is enough,” insisted President Joe Biden regarding the attack on House Speaker’s husband Paul Pelosi. “There’s too much violence, political violence. Too much hatred. Too much vitriol. What makes us think it’s not going to corrode the political climate?” Biden went on to argue, “these groups have no place in America.”

Bearing controversial labels such as Neo-Nazi, Anti-black, Anti-Muslim, Anti-immigrant, Anti-LGBT, White Supremist, Skinhead, and more, hate groups espouse a variety of unique extreme doctrines and beliefs with their main conclusion being that white people are superior to other races and thus, should dominate them. They also believe in maintaining and defending any power and privilege held by white people – which is embedded in a political ideology that imposes cultural, social, political, historical, and institutional domination by the white race.

“The belief that one “out group” of people is inherently harmful to your own is foundational to extremism,” the SPLC claims in their 2021 publication, The Year in Hate and Extremism. “[That’s no different than] the idea that the well-being and survival of the “in group” depends on taking hostile action against those who supposedly threaten it. Hostile actions against an outgroup can take the forms of violence like terrorist attacks, but it can also include conduct like abusive language or discriminatory and dehumanizing legislation.”

The SPLC is the foremost U.S. organization monitoring and exposing the activities of domestic hate groups and other extremists – including the Ku Klux Klan, white nationalists, anti-government militias, and others.

In their annual publication the SPLC’s reported that “44% of Americans agree that the U.S. seems headed toward a civil war in the near future.” 53% of Republicans and 39% of Democrats hold that belief due to the partisan divide exacerbated by Donald Trump and the influence of hate groups in America.

“At a time when hate pervades the public discourse and violent extremism threatens our communities, it’s critical that we take a clear, strong stand against bigotry in all its forms,” said Governor Gavin Newsom when signing AB2282 into law that increases restrictions and penalties for use of hate symbols. “California will continue to lead the fight to stamp out hate and defend those under attack for who they are, how they identify, or what they believe in.”

One hate group Newsom will have to fend off is the Rise Above Movement (RAM). This Southern California-based racist fight club rose to prominence in 2017 and often show up (and are photographed in bloody confrontations) at protests where Blacks or Asians are seeking to make their voices heard after their community has been wronged. The Northern California Anti-Racist Action (NoCARA) has stated that RAM is a collective of violent neo-Nazis and fascists from Southern California who train their recruits to primarily engage in fighting and violence at political rallies.

“In our view, RAM is essentially serial rioters,” said U.S. Attorney Thomas Cullen, who has brought charges against four leaders of the group that he calls “violent”. Two of the leaders are known residents in the Redondo Beach, California area.

It’s a known fact that there are people in public positions such as police officers, school board members, and even members of city council with have deep allegiances to hate groups. They thrive when allowed to function and influence decisions that strengthen their oppressive agendas.

According to the Cal State San Bernardino Center for Study of Hate and Extremism (CSHE), anti-Black hate crime remained the most common in major U.S. cities in 2021. CSHE also reported that in the same year, African Americans were derisively stereotyped as being responsible for a “stolen election,” increases in the crime rate, and the imposition of critical race theory in grade schools.

“These false notions against the Black race have increasingly infiltrated the mainstream of American political and cultural discussion with poisonous results,” says CSHE director Brian Levin. “One must look no further than former President Trump for stirring up very toxic and dangerous dialogues.”

The Chronical Review reported last year that at least 351 donor organizations have given millions of dollars in grants over the past seven years to nonprofits designated by the SPLC as hate groups. Most of the money came from a small number of larger funds managed by community foundations or commercially affiliated organizations such as banking institutions.

In addition, most organized white supremist groups raise funds through membership dues, crowdfunding, the sale of logo-wear and merchandise, and hosting big events like concerts where the ticket prices are twice (or more) than what is normally paid to see a band. The Chronical Review also noted how some groups have launched independent record labels to sale what they called “white power music” and have earned millions. Others are beneficiaries of the wills and estates of deceased wealthy allies.

The war against hate groups however is gaining ground, and the SPLC is one of many fighters to be credited for remaining on the frontlines until results are seen.

“We have crippled or destroyed some of the country’s most notorious hate groups,” the SPLC report confirms. “[That includes] the United Klans of America, the Aryan Nations, and the White Aryan Resistance. We’ve sued them for murders and other violent acts committed by their members or by exposing their activities.”