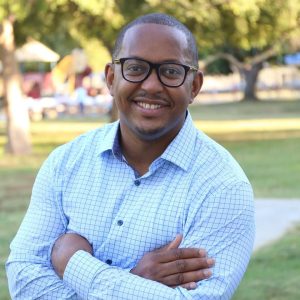 Rex Richardson knows first-hand the reality for many of housing insecurity and deep poverty. It is his own story, but with the help of a determined mother, public schools and youth opportunity programs and a lot of hard work, Richardson set a course for a life different than he had experienced growing up.

The hard work paid off for the former SEIU Local 721 organizer turned Long Beach City Councilman, who on December 20, 2022, will be sworn in as the African-American Mayor in Long Beach history.

It is not the first time he has made history in the city. With his election to the city council in 2014, Richardson—at 30—became the youngest person to serve on the Long Beach City Council.

On Wednesday (November 16), after declaring victory in the race for Long Beach Mayor, Richardson announced his 100 Day Plan Team to lay the groundwork for his first term.

“As Mayor, I will work every day to tackle Long Beach’s toughest challenges. We have much work to do to begin delivering the solutions residents want to see,” stated Mayor-Elect Rex Richardson. “I am grateful to have the support of Tunua Thrash-Ntuk and Mark Taylor leading our team of local experts who will bring their insights to our transition and help us lay the foundation for our actions during this first term. In the coming weeks, we will focus on coming together to set our best policies forward to addressing the root causes of homelessness, increasing access to affordable housing, leading an equitable economic recovery, investing in community safety, prioritizing our youth, and tackling climate change by creating a healthy and more sustainable city.”

Richardson replaces Robert Garcia who was elected to the U.S. House of Representatives serving California’s 42ndDistrict.

2022-11-17
Previous Post: Shining a Light on Organized Hate Groups in Southern California
Next Post: Tracking the RSV Surge and What You Should Know